Catwoman is a bad ass and she has been on my list for quite a while. Hush is amazing. If you have not read this graphic novel then go now and read it! It is tied as my favorite along with The Long Halloween.  There is so many costumes to choose from that it was a hard choice to make. I debated back and forth between this version and a few other outfits, I decided to read through Hush again and I was sold. And not to mention it's one of her few outfits where she is not in 6" heels, so needless to say I was sold!

I did a lot of research into materials and methods before I started any kind of sewing work. This would be my first time making anything out of stretch vinyl, let alone a full body suit.I used the same catsuit pattern that I used for Cortana and Invisible Woman and for my fabric I decided on a 4 way stretch matte vinyl. Even though I used the smallest size on the pattern the suit was still big in certain areas, I tried the suit on again and again and I just kept taking it in until the fit was tight enough. The sleeves were way huge on me and I had to take off almost 3" in width the get them form fitting. I purchased a metal zipper at Jo Ann's and I used a zipper foot to sew it in, I then put a key chain ring through the pull.

The gloves were made using the good ol' hand turkey method, but I needed a little something extra to give the claw tips at the end. Thankfully I was able to find a really cool tutorial by Crash Culture that recommends patterning the fingertips into points instead of being round. You then put points of fun foam on the inside of the fingertips, this way when you turn the glove you know have claws!

For the cowl I hunted around online and found a great pattern as a base to work off of. Lucky for me the cowl in the comic is designed to have seams going down the front so I was able to make this in pieces and put it together. It took me about two tries and I managed to get the shape right on the second try. The ears are 3mm fun foam that cut and shaped and then covered in a single layer of vinyl. They are attached to the cowl with E6000 glue.

**Side note: I had originally used hot glue, but the heat at MegaCon was so intense the the glue evaporated and the ears fell off. Luckily I had some sticky back Velcro and I was able to fit it on site**

To make the goggles I purchased a similar pair of sunglasses and removed the temples from each side. I then looped elastic through to make them into goggles. To get the cat eye shape I covered the frames in paper clay and I shaped them until they were just right. Then it was just a matter of sanding, priming and painting.

The whip and boots I purchased off of Amazon, for my contacts I used the EOS Dolly Eye Green from Pinky Paradise

Final thoughts: I'm very proud of this costume, it is definitely fun running around as Catwoman! 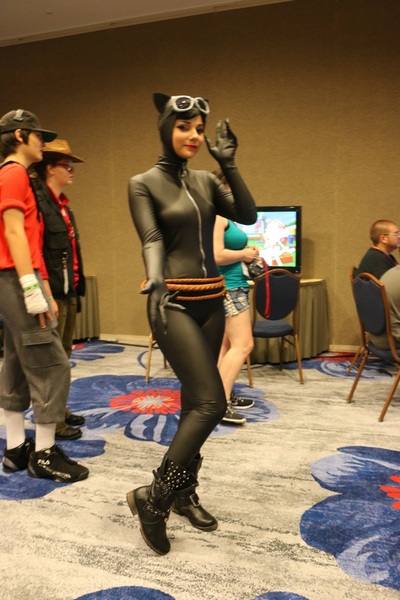 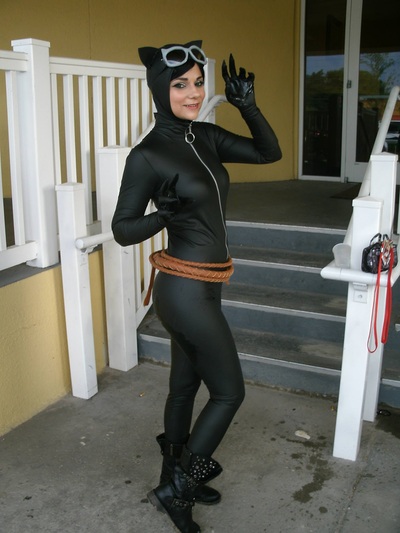 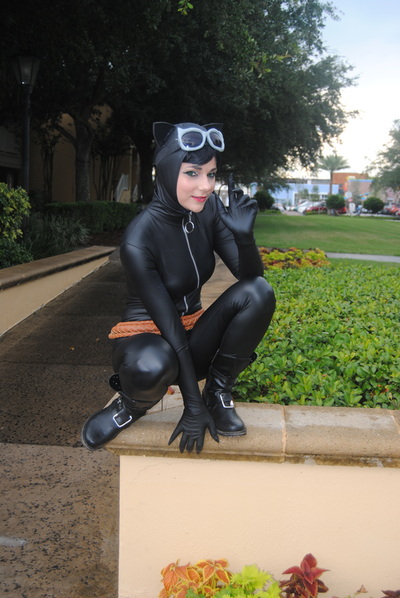 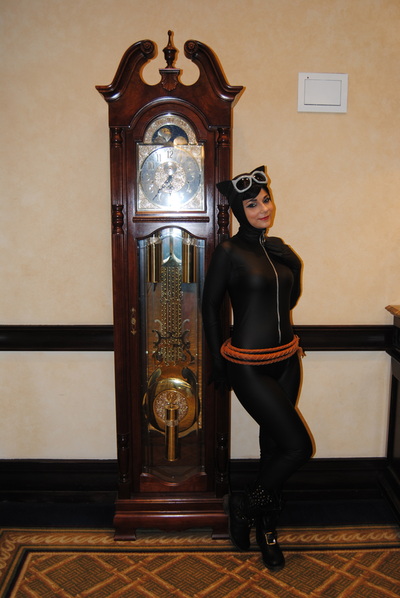 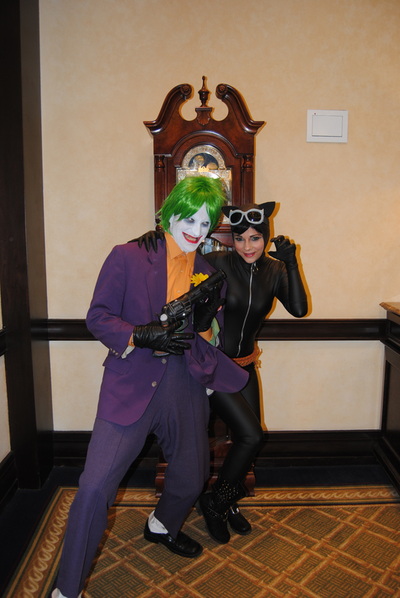