Why make this costume? Bad ass chick, is that a good enough answer? At the time I had to decide whether to make this version of her MGS4 outfit. Based on the other costumes my friends were making I decided to go with the classic look, and I also liked this one much better. This costume once again was made to be part of a costume group for San Diego Comic Con.

This was one of the easier costumes I have made, it was just a matter of tracking down everything I needed. The pants were a lucky find at Target, they were a lighter shade of green so I dyed them a darker olive green. The black tank top was actually my unibike leotard that I had purchased for my Rinoa costume. The knee pads were originally all black so I masked off the pads and spray painted them white. The gloves, belts and holsters were reused from my S.T.A.R.S. uniform and I also used my Samurai Edge Beretta as well. The boots took some time to find but I managed to stumble across these on eBay and they were actually comfortable to wear. For the tattoo I purchased printer paper that could be used to make temporary tattoos. I wasn't able to find the correct design so I just went with the Foxhound logo. As for the wig that was a gift from Megan and Melissa, yes I know it's a very bright red-please get over it. Thanks! 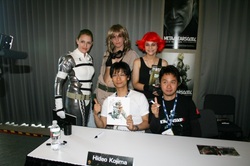 Months before Comic Con my friends and I decided to cosplay from the Metal Gear series on Friday. So the first day of the con we were shocked to hear that Kojima and Shinkawa would be there on that Friday doing a signing! I will skip the drama that was finding the actual event and get to the good part.

We wait outside in a huge line, they let about 9 people into the room at a time. At a table in the front of the room is Hideo Kojima and Yoji Shinkawa, just signing away. Once we got in the small line in the room, Shinkawa looks up to see us and he says, "Wow". I tell the girls what he said and we all look over to see both of them wave at us and give us the thumbs up. Holy fucking shit, it was the first of many epic moments! I was first in line but was too chicken so I made Indra go first. We get our stuff signed by Shinkawa first and then move on to Kojima. The whole time this is going on the Konami Japan staff are taking pictures and filming the entire time. As we get our stuff signed we thank them both about a million times and then step aside waiting for everyone to be done. At some point the Konami Japan staff usher us in to take a group picture, and we all just could not believe our luck. The Konami USA staff was so strict that we were not expecting to get a picture, so we were floored that the Japan staff asked us! We move in for the photo and it was an amazing moment, one I will never forget. After this we leave the room and all of us have our moment. We then realize that while autographing our items Shinkawa had sketched the characters we were cosplaying as part of his autograph. It does not get any more personal than that. 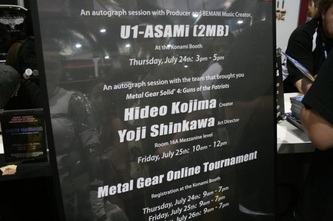 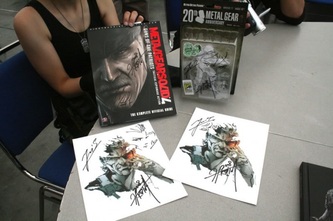 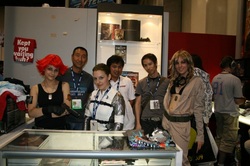 My friends and I must have stopped at the Konami booth at least twice a day for the span of Comic Con 2007. The staff there was so nice and just a lot of fun to hang with. We were very excited to visit the booth while in our Metal Gear costumes and we just had to get a picture with the staffers. I think we made them blush when we asked for the photo XD Shortly after we took the picture we were chatting with the guys when Kojima walked by the booth, which was OMG amazing! 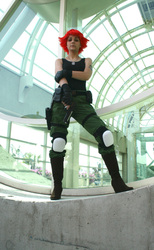 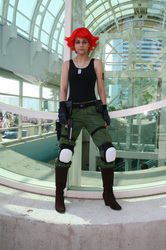 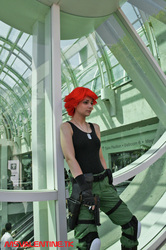 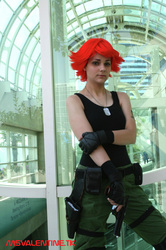 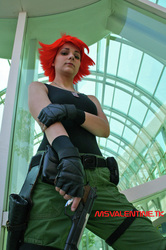 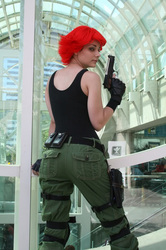