I have been wanting to make a new Jill costume for quite some time, but I never could decide on which one I wanted. At first I thought to remake her outfit from part three, then I was going to go with the BSAA costume. But after some thought I decided to keep it simple and do one of her alternate costumes.

I actually got the idea to make this costume when I realized that I had the perfect shirt that I could use. My original top that I bought for Elena ended up not working for that costume but it was a great fit for this one. I replaced the buttons on it and added the STARS patch to the sleeve. The skirt is made out of stretch poplin and I added a zipper just to make sure that it had a nice fit to it. The name badge I had custom made through and eBay shop and the badge was actually a gift from my friend Ian. Dee was nice enough to let me borrow the perfect wig and police hat and the shoes were from Goodwill.

Nothing really elaborate with this costume, it was really just all about the accessories. It was a lot of fun to wear and is one of my favorite costumes that I have made.

Photos taken by others, links in full size images 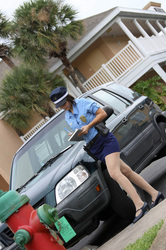 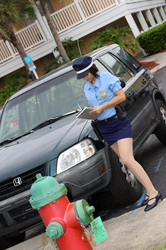 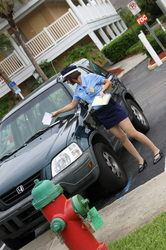 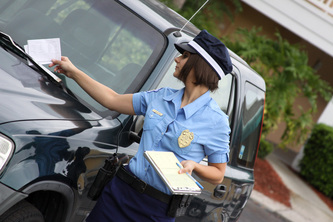 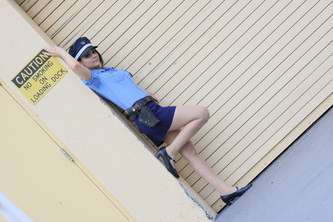 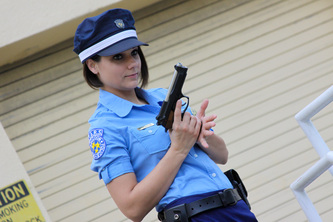 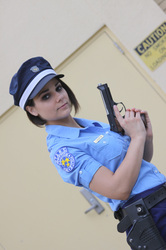 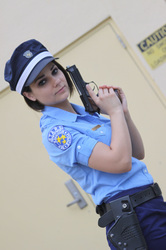 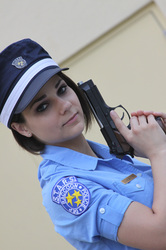 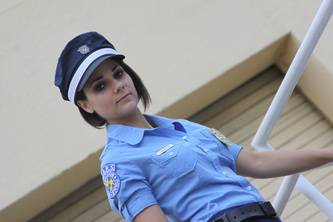 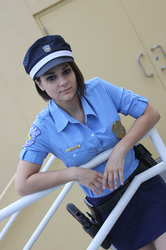 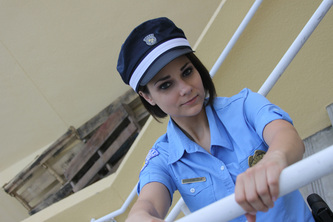 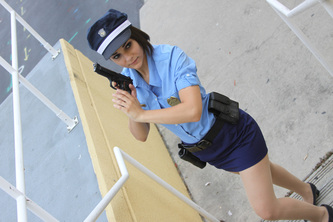 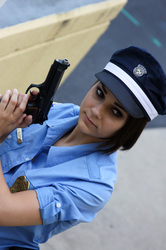 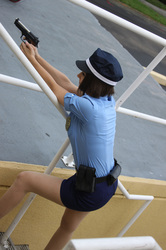 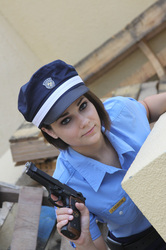 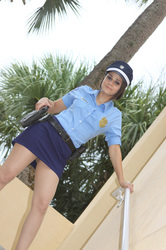 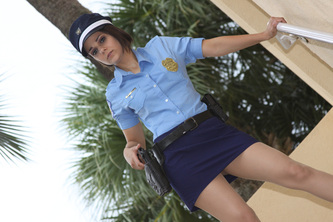 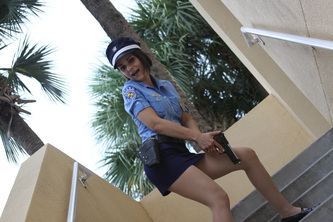 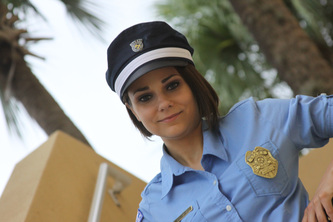