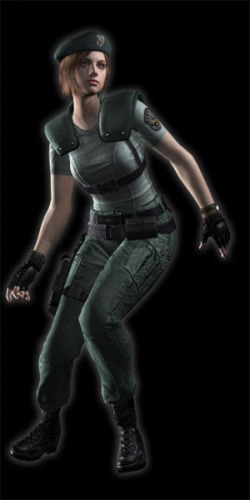 Oh Jill, do I really need to explain why I cosplay as her? She is seriously my favorite female game character ever, I can't explain it but it's a fact. This is another costume that I made once, a very long time ago, and then decided to fix it up. Between the original Play Station  version of her uniform and then her Gamecube upgrade it really wasn't hard to choose which one to do.

I decided to rework this costume in time for MegaCon 2008, that meant that the majority of it would have to be completely new. For the shirt I purchased a pale blue dance wear fabric so that I could get a nice tight fit. The beret and S.T.A.R.S. patch were both ordered off of my favorite place to go, eBay! The shoulder pads I had originally made were craft cushion that I covered with fabric, this time around I made them out of upholstery vinyl and decided against padding them. The boots and pants were really the only thing that stayed the same from the original costume, and the gloves as well. The holster is the same one that I used for my Apocalypse costume and I finally had blue contacts to complete this look. I still have to add the seams going down the front of her shirt, that is the only thing I didn't have time to do.

Photos taken by Rob of Livewire-Productions 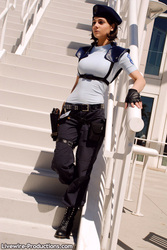 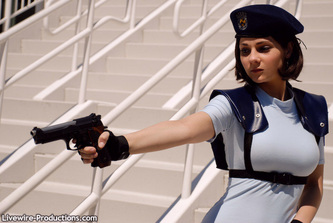 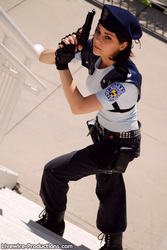 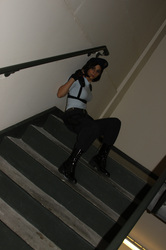 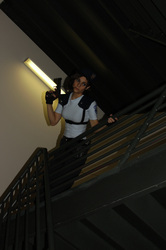 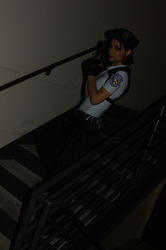 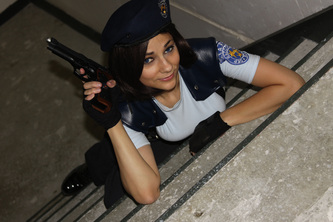 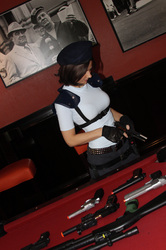 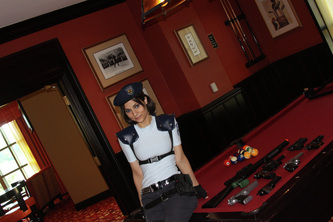 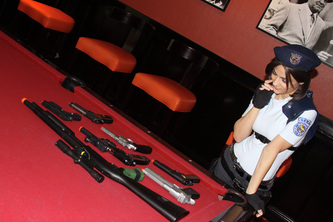 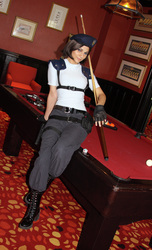 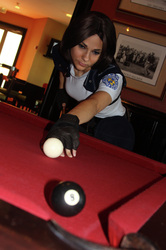 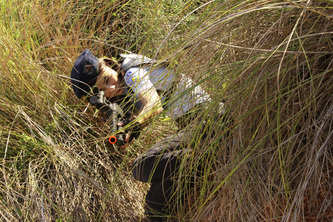 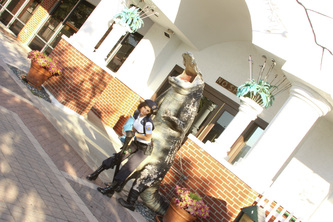 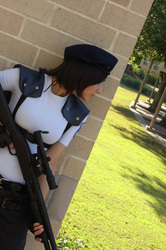 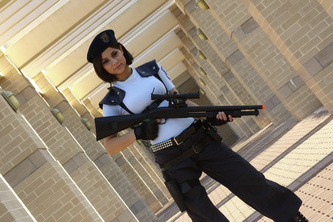 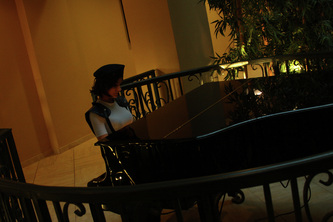 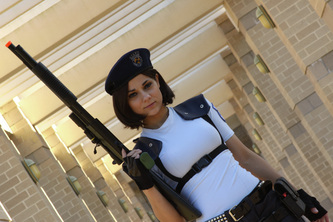 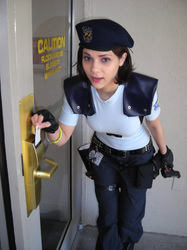 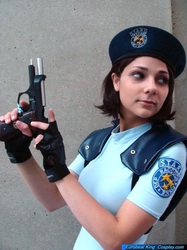 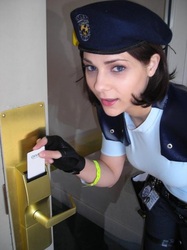 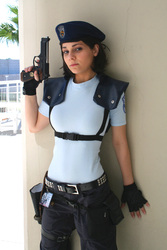 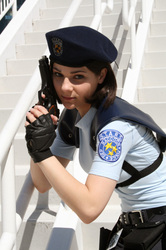 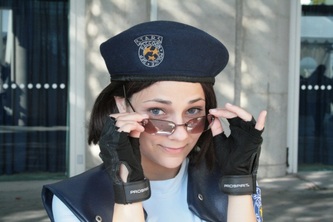 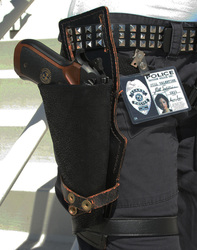 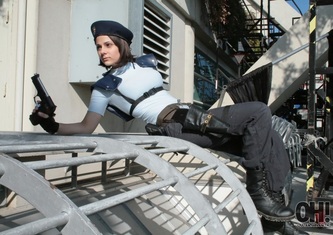