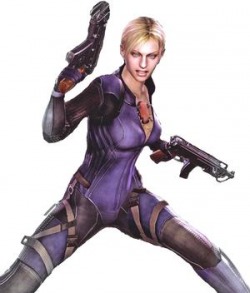 I absolutely love Resident Evil, so it was no surprise that I was excited for Resident Evil 5. Like most people I was pretty upset to hear that Jill was "dead"  so I was relieved when I finished the game that this wasn't true. Of course her character was very different in the game, but to me she was still the same. When I first saw the battle suit revealed in the game I had a moment where I thought, "Why Capcom, I can't make that!" but of course I had great support and went with it anyway.

Essentially I started the process of this costume by tracking down patterns, I used an ice skating costume pattern to make the leotard. As for the rest of the suit I patterned it off of the black zentai suit I had purchased for Batgirl. In the end I cut away all of the original zentai except for the leggings. I used basic dance wear fabric in blue and black that I purchased at Jo Ann's and the black sleeve details were all done with black upholstery pleather. This costume required a lot of hand sewing but I used my machine as well, there is also some good ol' hot glue holding somethings together. The boots are just a pair of black heels that I made covers for and I absolutely love them. For this costume I used every trick in the book, foamie, adhesive foamie, even the silver pegs on the back are spray painted bottle caps.

Check out the props page for more info. on the guns and chest jewel for this costume.

We had the great opportunity to meet Reuben Langdon, the motion capture actor for Chris, at AFO this year. He was such an awesome down to earth guest and it was a real pleasure to meet him. We attended his Resident Evil panel where he showed all of the behind the scenes motion capture videos for Resident Evil 5. After the panel we all had a chance to meet him and get our photos taken, he even signed my RE5 art book. 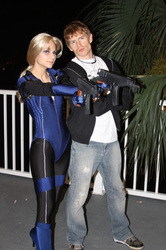 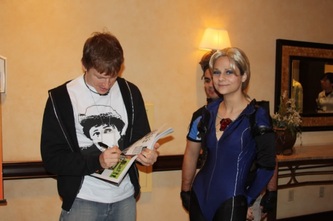 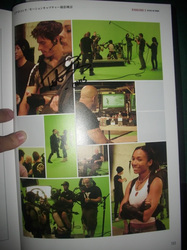 Photos taken at AFO 2011 by HoodedWoman 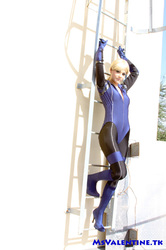 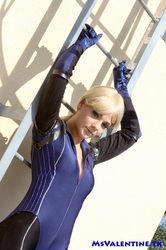 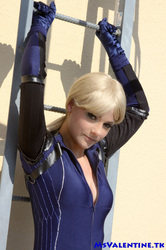 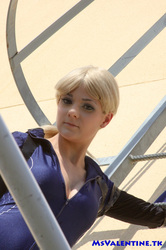 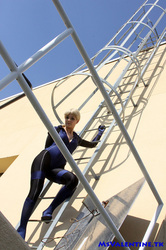 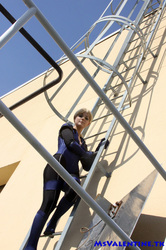 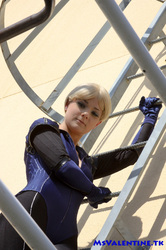 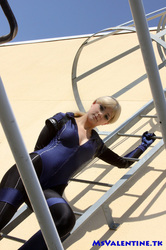 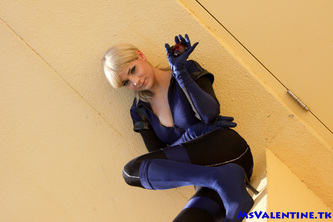 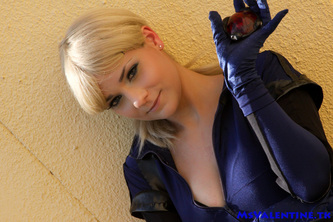 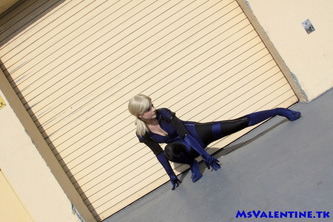 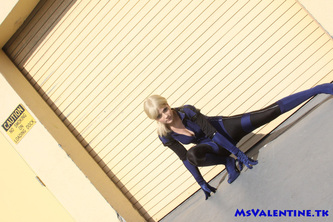 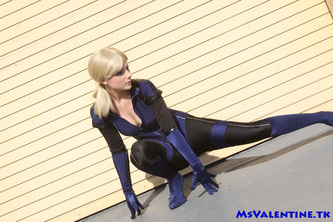 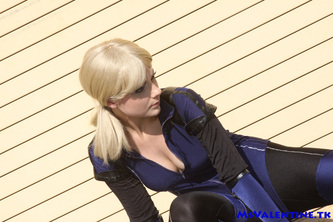 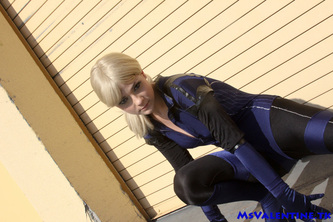 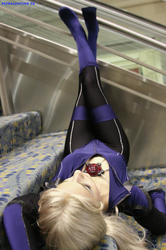 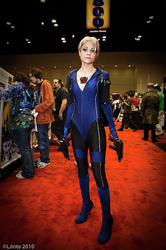 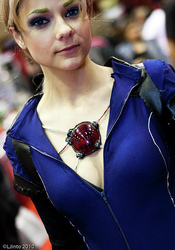 Photos taken by Adrian of The Summasault Crew 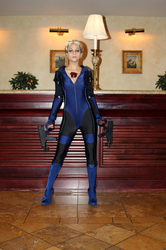 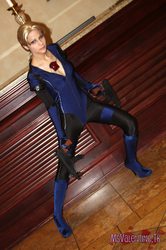 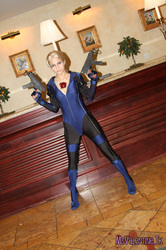 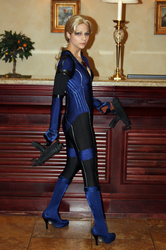 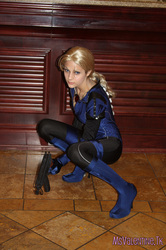 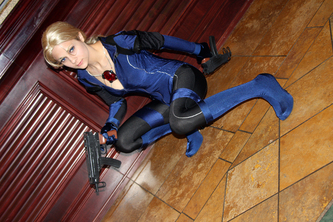 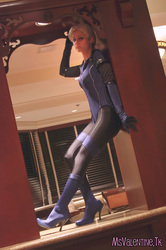