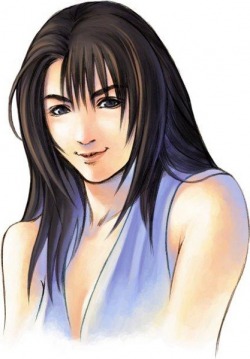 This was just another costume that I have wanted to make for a very long time. I love FF8 just as much as FF7 and Rinoa is such a fun character. I was never really a fan of her bike shorts and I think that it was turned me away from this costume for so long. But after finding the perfect fabric I decided it was time to give in and make it.

My friend Aneesa found a dusted similar to the one Rinoa wears in a thrift store, so I used that as a basic pattern. I purchased a few yards of light blue rib knit fabric from Jo Ann's and a dark blue micro suede for her skirt. The duster was fun to make and it didn't prove to be that difficult. The wings on the back I made out of white felt to give them a soft look and feel. As for the skirt I used a basic patter for that, the fabric I used had a slight stretch so I didn't have to use a zipper. I added a few buttons to the front to match the look of her skirt. The arm warmers were made out of the same material as the duster and I  purchased a unibike leotard online. The shoes I had lying around in my closet and made her little metal buckles out of foamie but the fell off sometime during the day. As for her necklace I purchased the set at a convention years ago and used that. The wig was the same one I used for many other costumes, I just used some hair mascara to add the highlights. 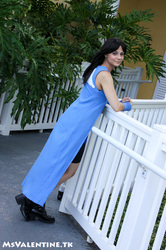 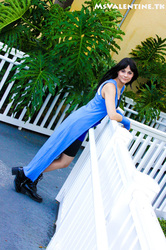 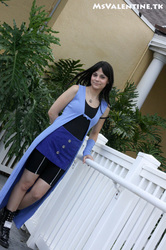 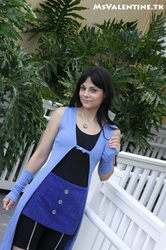 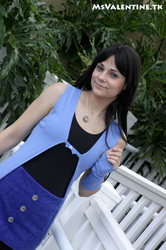 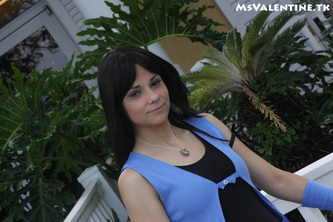 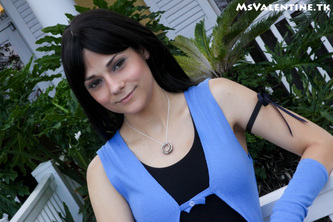 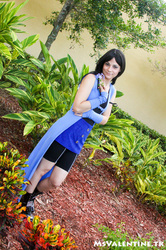 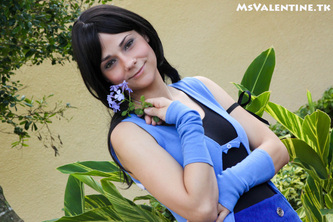 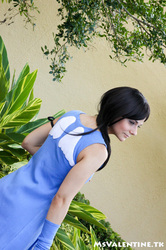 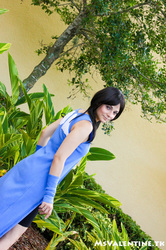 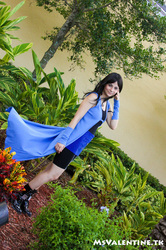 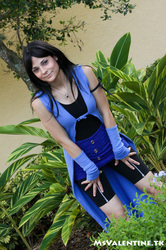 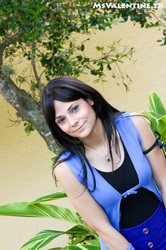 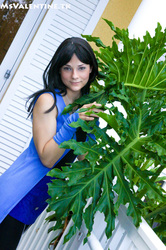 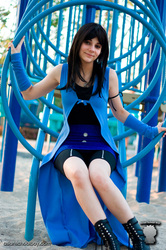 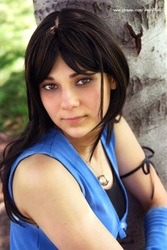 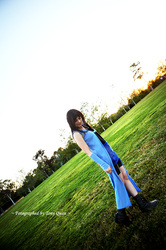 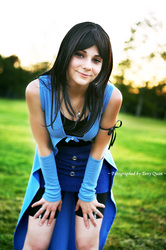