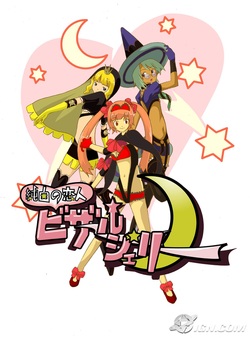 While making cosplay plans for AFO Dee had suggested this costume for me. She had already finished her Cranberry outfit and we thought it would be fun to get a little group together. I felt that the costume wasn't going to take too much time or money so I decided to give it a go.

I patterned the top and bottom of a bikini that I had, and used my Super Jail costume as a reference. Both pieces are made out of swim & dance spandex, and I trimmed them in white lace that I had in my stash. The gloves and hair piece I also made out of the same spandex. The black straps are simply just pieces of elastic that I made into loops and I just step into them. The bows are all made out of some extra satin that I had, I used interfacing to keep them nice and stiff. For the arm warmers I used the wrong side of suede since the color was right but the texture was wrong. I had a lot of fun making the cape, it is also satin and I lined it as well. For the bow on the front I just used some grosgrain ribbon and I used some E600 to attach it.

Not much else to say about this costume; the shoes I had from another costume and Dee let me borrow the wig. It was definitely not my style to wear something 'magical girl' but Dee is the only one to convince me to give it a try. And I'm glad that I did :) 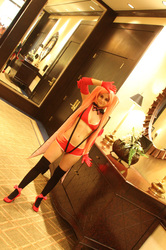 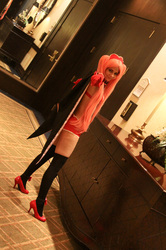 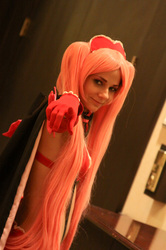 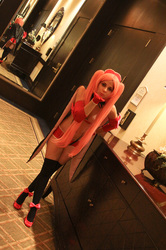 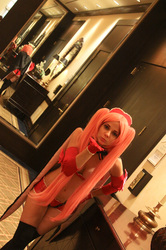 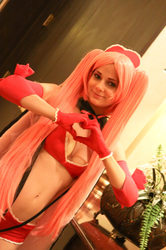 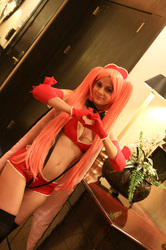 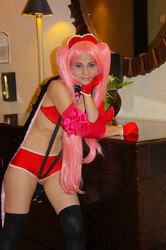