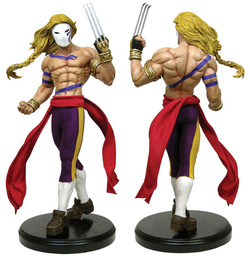 Trevor chose to cosplay as Vega since it was something you really didn't see done very often. And he also wanted to challenge himself with getting in shape for the costume. I was very excited about it because I knew that he would be perfect for the character.

I knew from the start that I wanted to use a knit fabric for the pants, but I also knew that spandex was out of the question. So I decided on ponte knit because it came in the right colors and had a slight stretch to it. I used the Goku pants as a pattern and just cut them to the proper length. Then after adding a little strip of interfacing I made the V slits at the bottom and sewed them down. The sash was made out of costume satin which actually sewed much better than I thought it would. I added some velcro along top of the pants in the back and used it to hold the sash in place. I didn't want to knot the sash so it closes with a few sew in snaps.

The props were really a new territory for the two of us, I think they turned out ok for our first try, but we decided to try something new for MegaCon. This time we sculpted the mask from Paper Clay instead of Model Magic, we still used the plastic Jason mask as a base. After three days of drying the Paper Clay was light weight and hardened. Originally we tried using plaster cloth but that ended up not working out too well for us. We then attached some D-rings to the side of the mask by "gluing" them on with Sculpey clay and then we baked it in the oven. Instead of attaching the mask with elastic we opted to use velcro which was so so much better. Our goal for the claw was to make it as light weight as possible. The base of the claw was made with thin balsa wood and the actual claws are square wooden dowels. We glued these together and the covered the base with Paper Clay. Once it dried we sanded it smooth and then painted the whole thing. Since it was so light weight all it took was a small strip of velcro to attach it to the black glove.

For the finishing touches I used acrylic paint and added the snake tattoo to Trevor's chest and back. Dee styled the wig and Adrian gave us the socks and the shoes were purchased at Goodwill for $4. 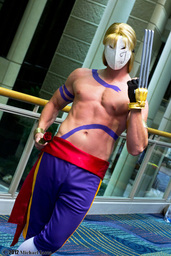 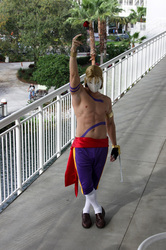 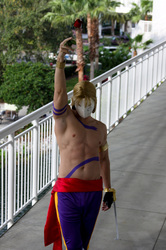 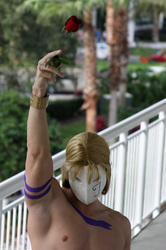 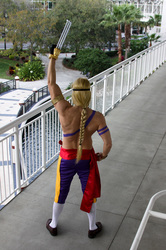 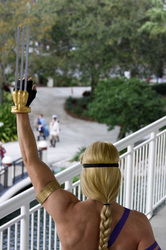 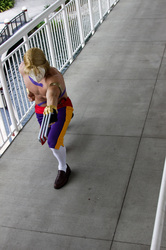 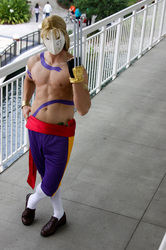 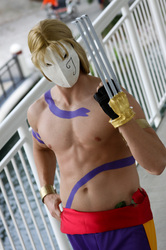 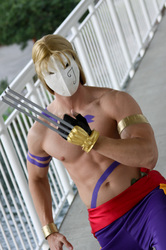 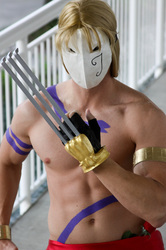 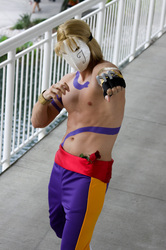 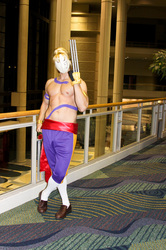 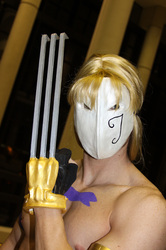 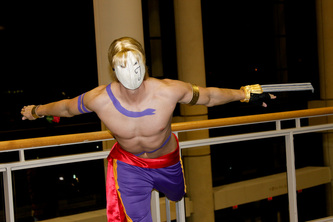 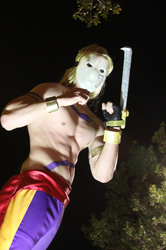 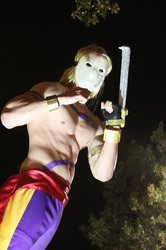 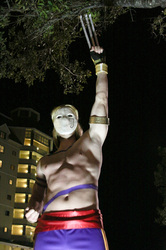 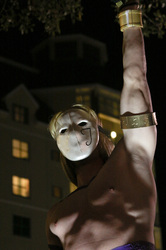 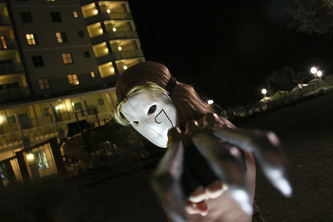 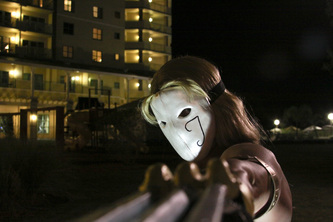 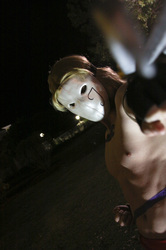 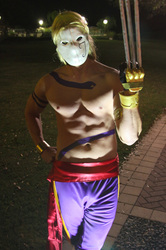 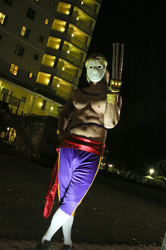 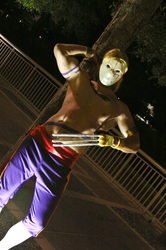 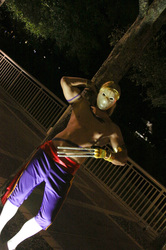