Anya Stroud
Gears of War 2
"Delta, this is control"

Oh Anya, the only female in the first two Gears games. I guess I just have a thing for cosplaying as female support characters in shooter games. The idea of cosplaying as her was something I always considered and after reading the books and seeing how awesome she is in Gears 3 it had to be done.

I picked up some heather gray rib knit and debated on whether or not to make this costume as a dress of as two pieces. After my first try of making a top and skirt I decided to go and make it as a dress. I used the same pattern for my Cortana  to make this costume. Instead of tracing the bottom portion as pants I extended it and made it into a skirt. The collar I sewed on backwards so that I could have the opening in the front, I added some black bias to the edge and used snaps to keep it shut. Between the opening in the collar I sewed some black rib knit along the edged and I added some stabilizer to make it stay up.  The rank on the collar as well as the shoulder pauldrons are all made out of foamie that was painted with metallic acrylic paint. For the line down the front of the dress I attached some black vinyl bias, which I also used to line the bottom of the collar. To complete the look I purchased boots and got gloves off of eBay; I cut the fingers off the gloves and also took in the hem to get a tighter fit. To complete the look I added small pieces of silver foamie to the knuckle part of each glove. As for the belt I made that out of costume vinyl and created the buckle by using good ol' Model Magic clay.
The finishing touches for this costume was the wig and adding the name to the dress. Dee took my RE5 Jill wig and brushed it out and pulled it back into a clip, which had a small cog on it. To add the name to the dress I took a few precautions. I didn't want to make a mess with paint so I used puff paint and drew out the letters on a plastic sheet. Once the dried I peeled them off and then used fabric paint to attach them to the dress. 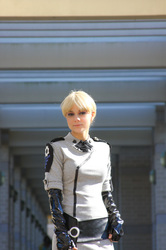 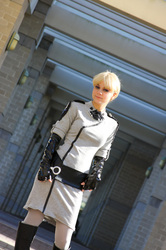 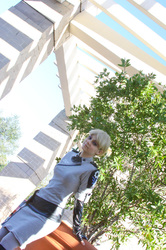 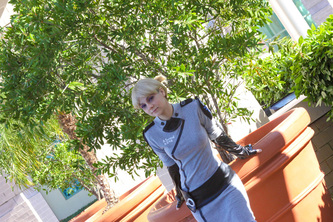 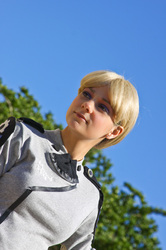 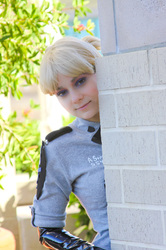 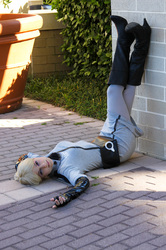 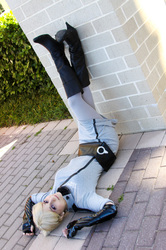 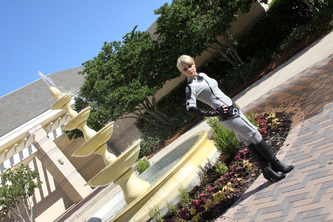 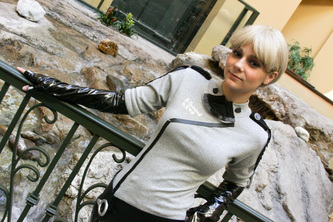 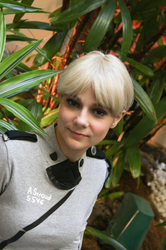 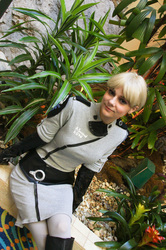 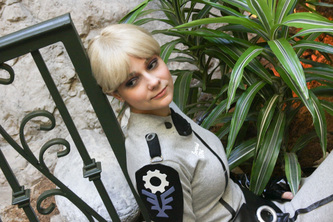 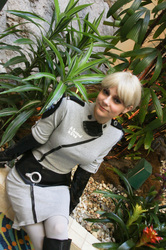 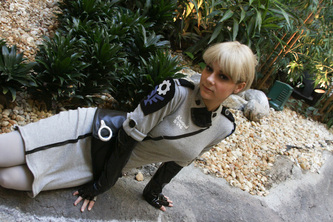 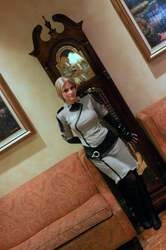 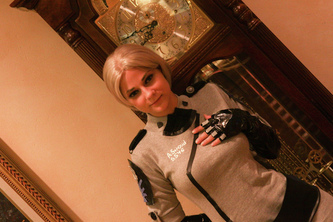 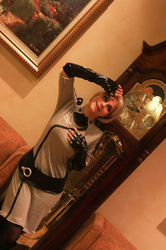 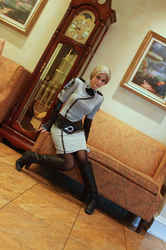 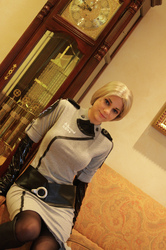 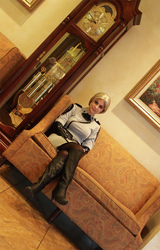 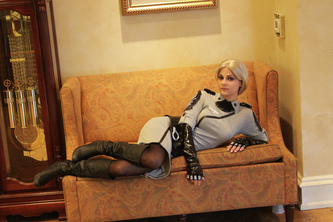 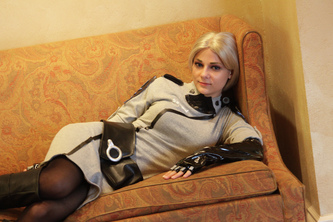 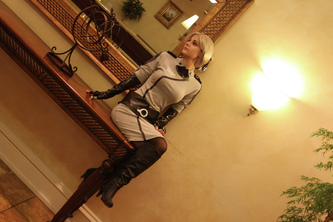