Ellie
The Last of Us 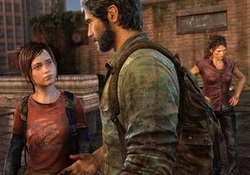 Since I love the Uncharted series I naturally would be interested in any game that Naughty Dog would be working on. When I first head about 'The Last of Us' I was definitely intrigued. After seeing their presentation at E3 2012 I was blown away. Ellie is one of those characters that even though she is young in age she manages to not be annoying. And I love how she isn't afraid to jump into a fight. I still plan on making Joel for Trevor, but I wanted to have some cosplay fun before the game came out.

The first step to this costume was sketching out the design on her t shirt. Since every photo of her out there seems to be a bit different I just went with a general design. I then transferred my sketch onto pattern paper and used that to draw it out on the shirt. First stop in shopping for this costume was Goodwill and Salvation Army; I managed to snag both the pink over shirt and long sleeve black shirt. Once I had the design transferred I opted to color it in with fabric markers instead of fabric paint. Since the look of her shirt is faded I though this would look better and not be as solid. The jeans were something that I already had and the shoes and back pack were purchased at the thrift store. I had to paint the shoes black since they were originally white.

To really get the look of the game I had to dirty everything up and this was definitely fun. I used earth tone eye shadows to make the pants and shirts look like they hadn't been washed in a while. I cut a few hole with an exacto knife and then worked over all the seams with a piece of sand paper to wear them down. To make the shirt look sweat stained I applied globs of Vaseline and worked it into the fabric. The eye shadow was also applied onto the back pack to kind of tone it down.

For my own face makeup I went very basic and tried to keep everything natural. I used the same eyeshadow to make my face look dirty. Very minimal eye makeup was used and I applied loose powder to even things out. For the scar on her eyebrow I took a piece of dried hot glue and cut it down to the right shape. I then applied it with eyelash glue and blended it with concealer. Green eye contacts were used and I also just styled my own hair. 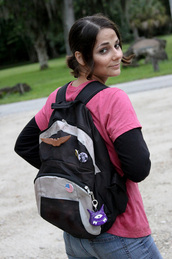 After playing the game I realized that Ellie had all kinds of accessories on her back pack. So I waited until I could get a good shot of the items and I decided to recreate them. The purple monster key chain was made out of oven bake clay, I added the findings and distressed it after the painting. The buttons were vectored images, courtesy again of Pete, that I printed out and glued onto foamie. I then covered the printed image with clear tape and added a flat pin to the back. The pilot wings were made out of foamie and also attach with flat pin backs. 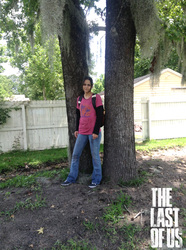 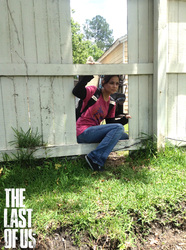 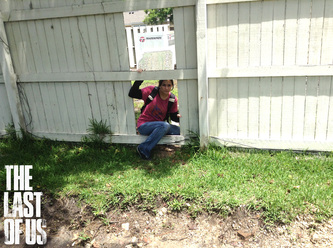 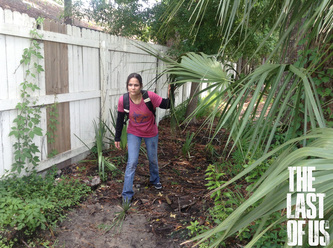 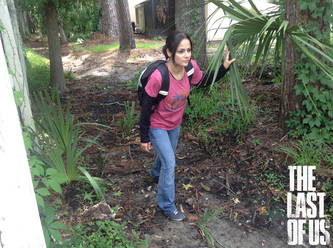 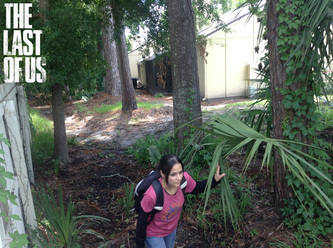 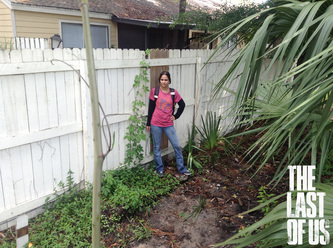 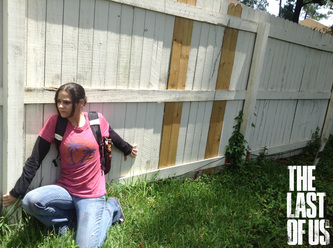 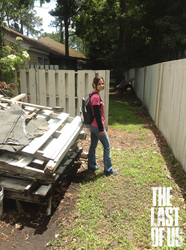 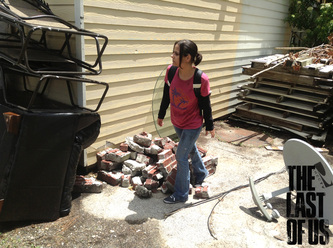 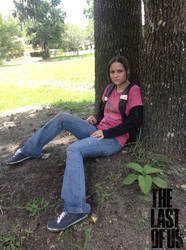 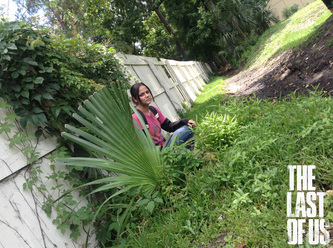 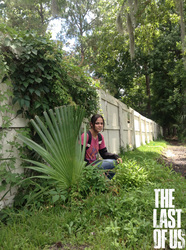 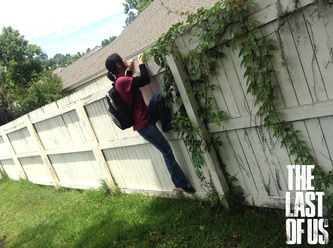 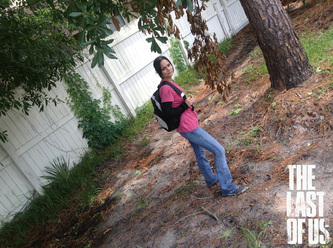 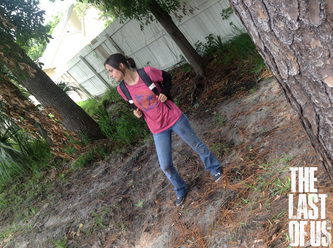 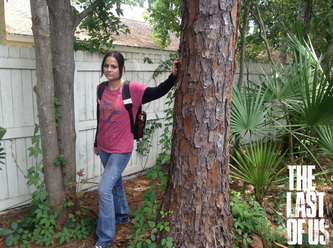 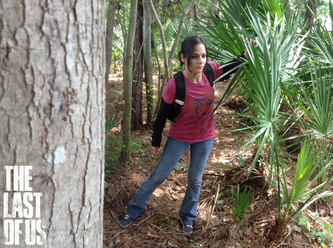