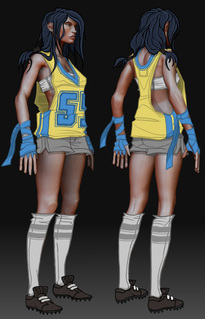 When we had decided to cosplay this group I wasn't sure which character I would do. At the time I had only played the game a few times so Will recommended this character to me. I have always been a tom boy so it was a fun look to work with.

I used a tank top pattern for the jersey and I altered it o be low cut on the sides and down the front.  The yellow sport knit came from Jo Ann's and the teal was ordered on fabric.com. The numbers were made with a stencil and I used a fabric glue stick to tack them in place. Then I traced around the edges with fabric paint and that secured them down. I hand made bias and traced the edges of the top with it and then added the stripes down the side. The same bias was used to add the stripes to the top of the socks. The arm wraps were made with the extra fabric I had and the cleats were a lucky find at GoodWill. 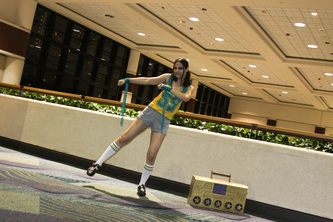 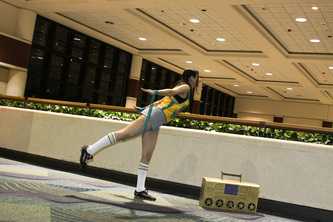 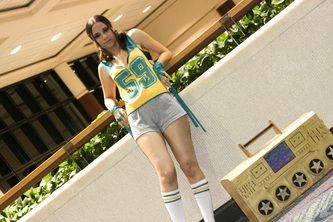 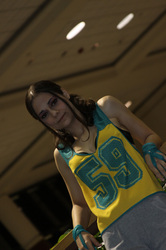 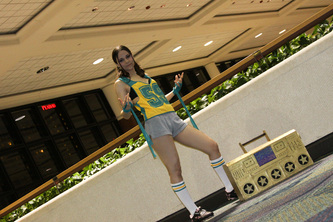 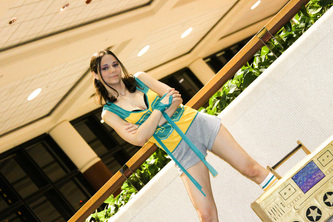 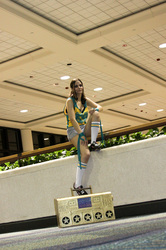 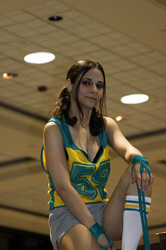 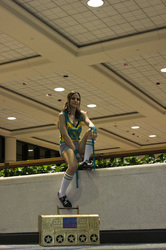