This was one of those costumes that I wanted to make before I really knew what cosplay was. I just liked the way it looked and of course Rain was my favorite female Gundam character. I always knew that if I ever did make a costume from an anime series that this would be it. It took me some time before I finally got around to it, but once Adrian agreed to be my Domon it was a done deal. I love G Gundam, and I think it needs more cosplay love.

This whole costume was an ordeal, from start to finish.  It was my first costume that I made using my sewing machine and patterns. I made the mistake of using a Vogue pattern for the dress and it was a complete mess, for some reason the arm pit area just kept coming out all wrong. The only way to make the sleeves fit properly was to cut a slit into the armpit area of the dress, it was a total mess. I ended up pulling out seams and re-sewing certain parts of this costume about three times. The easiest part of this costume was the shoes, they were a very lucky find at Hot Topic and worked perfectly. For my wig I tried to get one that was close enough to Rain's style without it looking too early 90's crazy. In the end I will probably go back and remake this entire costume at some point. 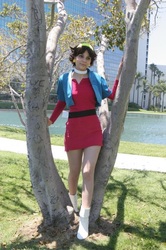 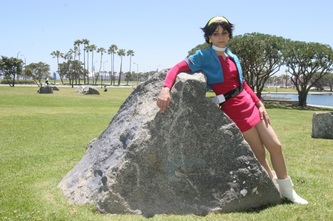 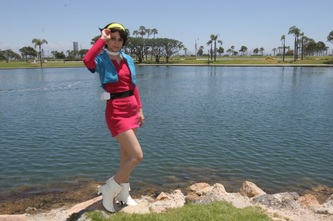 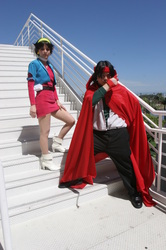 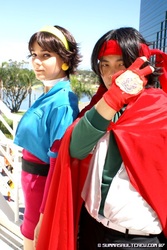 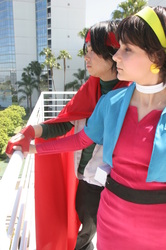 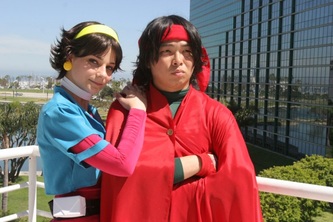