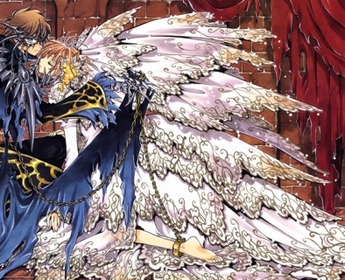 Many months ago Indra had asked me if I would compete as her partner for World Cosplay Summit. I knew there was no one else I would want to compete with so I gladly agreed. We began our search for the perfect costume and once we saw this image Indra knew it was what we would end up making. Both of us agreed that the costumes were beautiful and were perfect for the skit we wanted to perform. We really turned up the detail on these costumes because we wanted to make them shine and stand out on stage. Our mindset was that we were making costumes for a stage performance so the details were made to be over the top.

The amount of time we spent shopping around and planning out these costumes was probably equal to the time it took to make them. We purchased large bolts of fabric and began work on the dress, the entire skirt was draped by Indra and ended up having four layers. Each layer then had scallops drawn on them by hand which were then fray checked and cut. For the gold designs we drew out the pattern a few times and then traced it in fabric paint which we then covered with glitter. The majority of the glitter work was free handed since it seemed redundant to draw the design out repeatedly. The small bustle in the back has an applique on it and is also lined in gold glitter. Stick on rhinestones were attached one at a time and there are well over 1000 of them.

For the bodice we modified a costume pattern until we got the correct look. The entire bodice is lined, has interfacing and boning. We decided to change the sleeves to make the costume look more youthful and we used two different appliques for the bodice. The hair piece was also made from an applique; we added ribbons, bead and silk flowers to make it stand out. 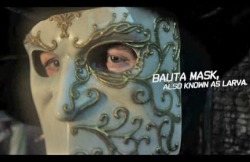 The mask I made for this costume was actually based on the ones worn in Assassin's Creed II, which is historically know as the bauta mask.

The bauta is typical mask in Venice during XVIII century. This mask could be wore both during carnival and normal life as common accessory (even if precise limits exist by law). More information can be found HERE

Below you can watch the skit Indra and I performed on stage, the song is Oceanic by Bond. 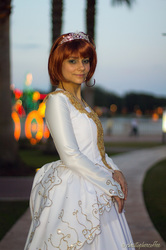 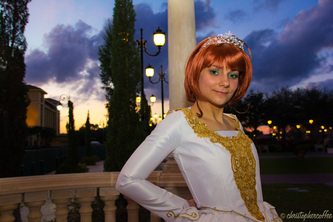 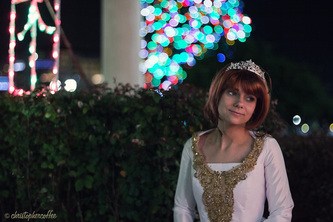 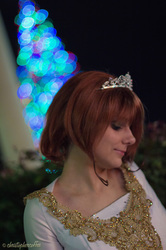 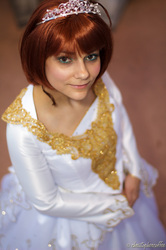 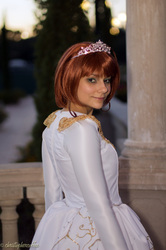 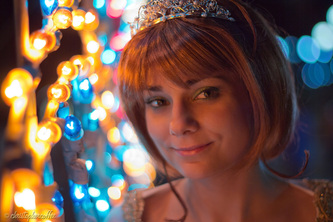 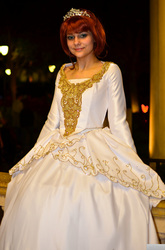 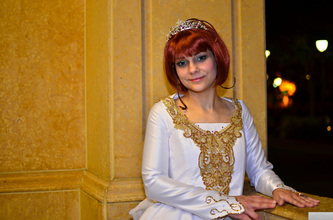 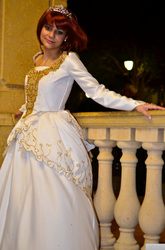 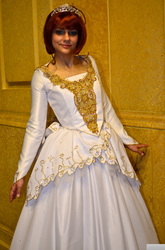 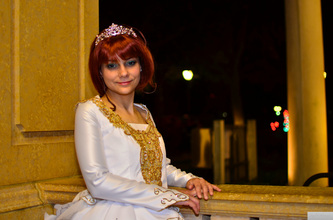 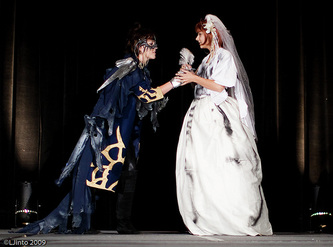 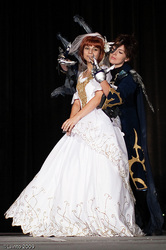 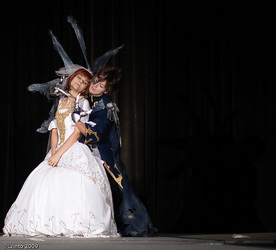 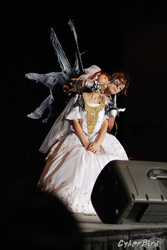 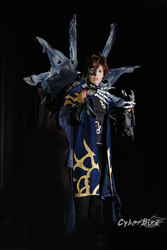 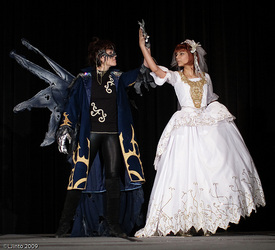 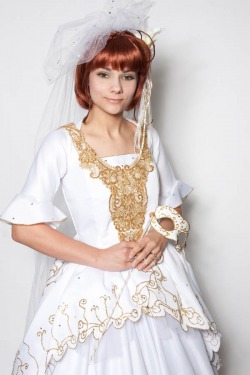 Photos taken by Dee of The Summasault Crew 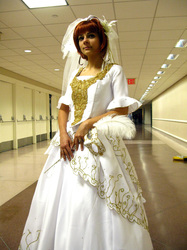 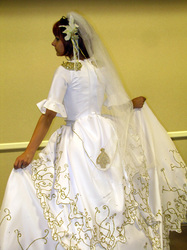 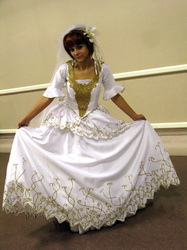 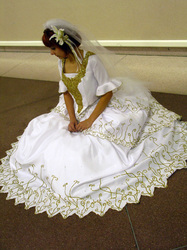 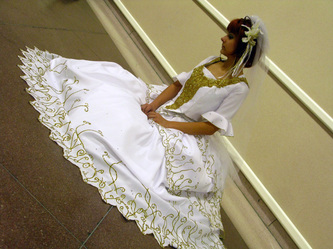 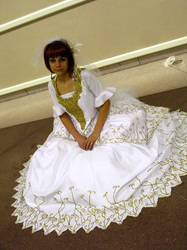